In Love With Linen 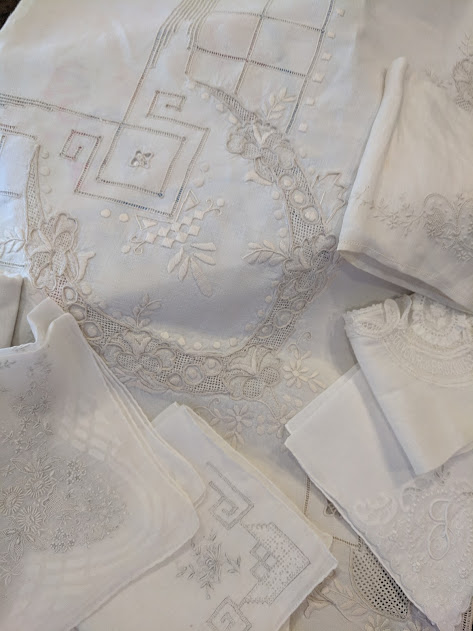 “Linen” An ancient fabric made from flax, a tall, reed-like plant, with long fibers. The thread itself is spun from the cellulose fibers, that grow inside the stalk and is one of the first ever used to make cloth. The ancient Egyptians wore linen, over 5000 years ago. The fabric is both durable and wearable in the desert heat and was luxurious enough for a Pharaoh. The cloth used for Pharaohs was very fine and sheer, it was referred to as “woven air” by many.  With more than 500 threads per inch, it was a weaving feat which is not duplicated even by modern machines today. It is said that a Pharaohs robe that was made from this fabric was so light, thin and supple, that it could be drawn through a small finger ring.

Did you know that wearing linen in hot weather can reduce skin surface temperature? Your linen garments not only feel cool to the touch but will also quickly wick any moisture away from your skin. This happens because linen is highly absorbent and a good conductor of heat, which is to say, that its composition allows it to disperse and release heat. It is breathable, hypo allergenic and has a higher moisture absorbency than cotton, which is one of the keys to the longevity of linen fabrics, along with the ability to keep you cool in hot weather. 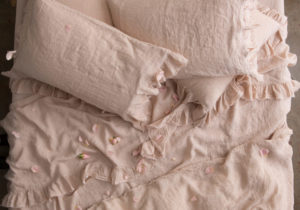 Fine linen can be expensive since it’s hard to weave. The fiber is initially somewhat inelastic, and therefore, easy to break in the production process. That’s why its cost of production is higher than most fabrics. The natural fiber and light weave allow for maximum breath-ability; the coolest of the cool. Stylist Tip: Wrinkles are part of the carefree, lived-in beauty of linen. Yes, linen loves to wrinkle, but those very wrinkles make up some of the charming appeal of wearing linen clothing. With Labor Day quickly approaching, you may soon hear about the dreaded curse, the fashion faux pa, regarding the need to completely retire your summer attire the day after Labor Day.  Who made that rule up anyway?  And, though linen is most often considered a warm season fabric, you can, if you do it right, wear some of your favorite linen pieces all year! If you live in a climate that is mild year-round, you can certainly carry over some of your summer favorites into the cooler months without issue. Especially if you live near the beach, there is no reason not to wear linen as often as the weather allows. 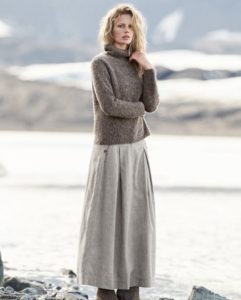 For the cooler months of fall, a beautiful linen skirt paired with a sweater can be a trendy fall outfit. By adding pops of seasonal colors, like a scarf or a chunky bracelet you have transitioned beautifully into fall. Or perhaps, wear your favorite linen dress shirt underneath that wool pullover sweater, or cardigan, allowing the cuffs and collar to accent your ensemble.

With its traditional light, creamy off-white hues, it is often used as a decorators “never-fail neutral” for walls, trim, doors and ceilings. One of the best things about linen is that it ages gracefully! It gains elegance and softens to become the most fluid drape, because as it ages, it becomes silky with high luster. In Europe, it is not uncommon for family linens to be passed down through generations as treasured heirlooms. Vintage linen is very desirable, due to its softness, and that luxurious suppleness is very hard to replicate. 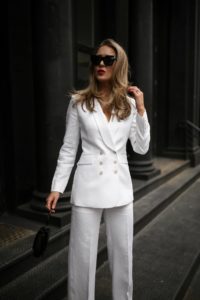 Linen is a timeless fabric, passed down as family treasures, as well as being given as thoughtful and lovely wedding and house-warming gifts.  As well as being decorative and functional, it is enjoyed for its durability and ability to add luxury across every category of its use.  Fine linen adds a touch of class and comfort to everything it touches. As for me, and for the time present, I will continue to rely on my dressy linen shorts, and lace-trimmed linen dresses to keep me looking classy and feeling cool. For those breezy evenings at the beach, it will be tailored linen trousers, paired with my delicate spaghetti strap cotton tank, and my favorite sparkly sandals.

What you can read next 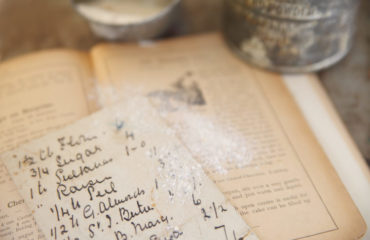 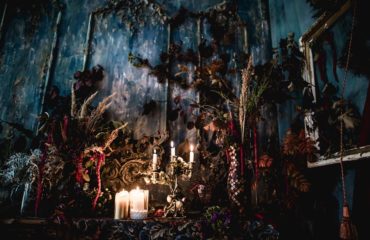 TOP
This site uses cookies: We use cookies and other tracking technologies to collect data, to personalize content and ads, and to analyze our traffic. We share information about your use of our site with our social media, advertising, and analytics partners who may combine it with other information you have provided to them Find out more.